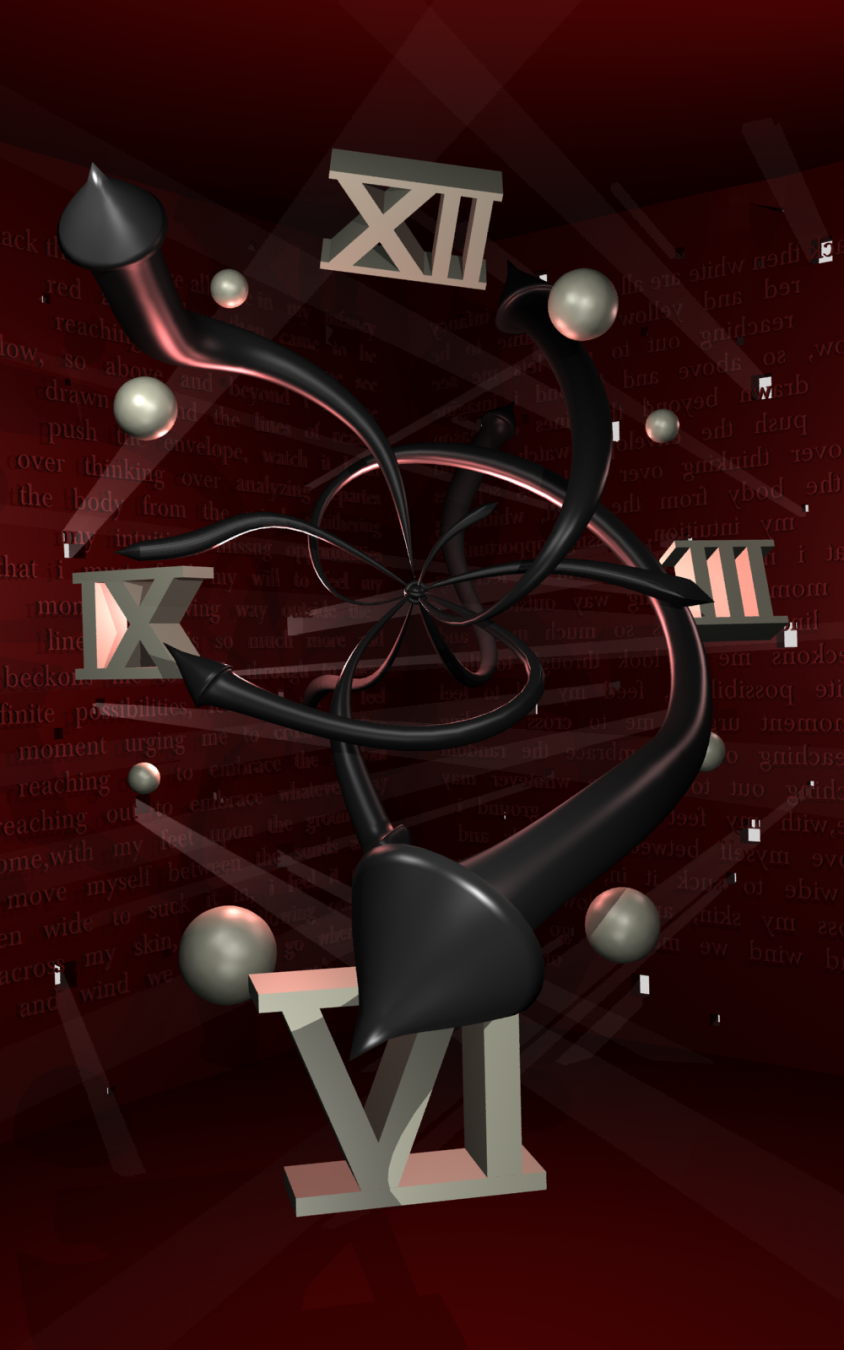 As one of my final projects for my design class, we were given the assignment of visually representing a song by creating a 12″x18″ poster. So, being a lover of music, I had multiple songs I wanted to visually interpret. Lateralus by Tool was one of those songs. Out of the three posters I created, this was the one I handed in for the assignment.

This was my first real attempt at building a project in 3D. I had never really worked with 3D before, so I taught myself using the open source platform Blender. The song has numerous references to time, hence my design concept, and my initial lyrics snippet was going to be “we’ll ride the spiral to the end,” though for the final piece I chose to place the lyrics discretely on the back walls.

I designed the image around the idea of expanding our limits metaphysically and exploring the chaos in the universe, while the walls represent what we know as comfort and status quo. Holes in the wall are those breaking free and moving us forward and the light shines in for others to see.

The composition has a clear emphasis on space and cataclysm. I wanted it to look like the world is being solved.