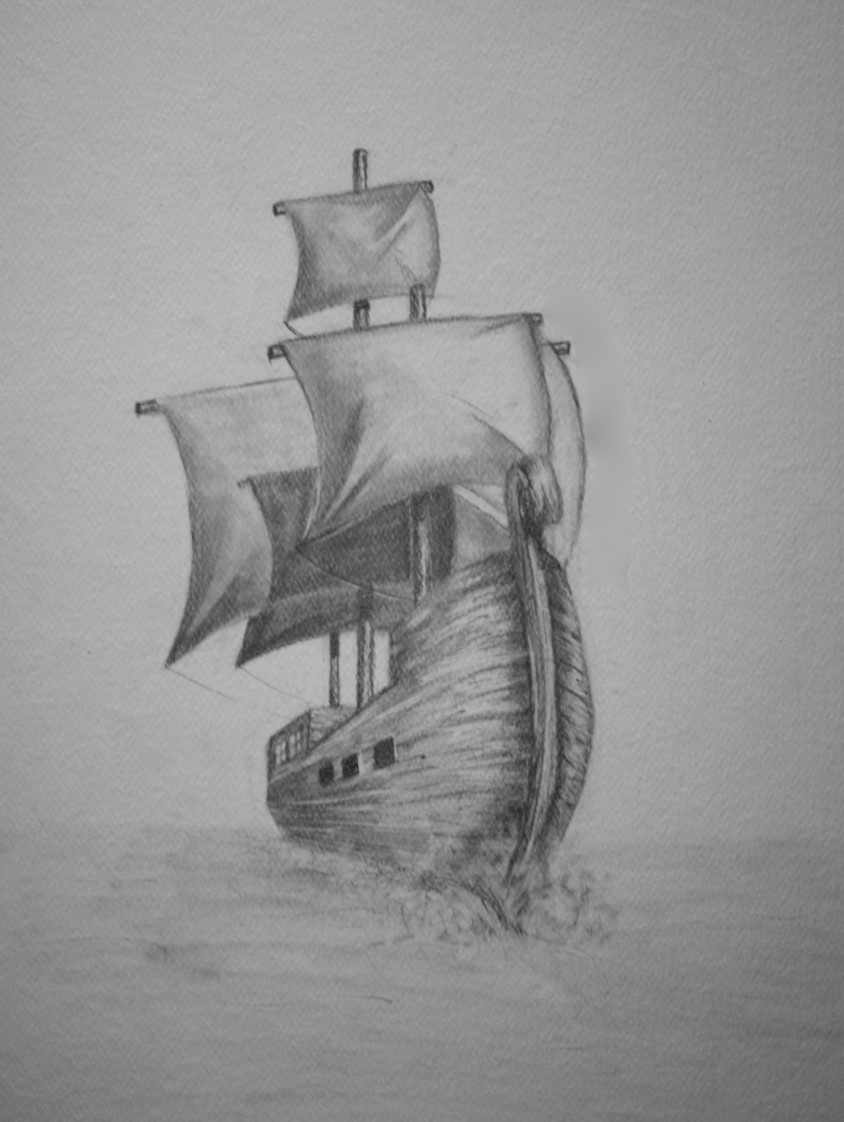 The last drawing I’ve completed, though I hope to draw some more in the future. A friend was considering getting a tattoo of a pirate ship on the side of their ribcage, so I told them I’d sketch something up to see what they thought. It was initially going to be simpler, but one thing led to another and I fell back into my detail-oriented ways.

What would I do different? I’d get rid of or at least significantly tone down the shadows of the sails. I realized it soon after I completed that part, but.. it wasn’t going anywhere unless a) I wanted it to look like poop, or b) I started over. Neither of which I wanted at the time.

Like my other drawings, my techniques were pretty rudimentary. I used a 2H pencil, an eraser, and my fingers on 12″x18″ watercolor paper (that’s all I had).